500 miles of range and more aerodynamic than a supercar

The Tesla Semi truck is a hulking and menacing hauler, with the presence of Darth Vader lurking from above when cast in the black hue, or more like an apparition in metallic silver-white. In other words: it’s exactly what we expect to see from Tesla, as it attempts to make a semi truck that lives up to the brand’s DNA of making the future seem cool.

I sat in the driver’s seat hours before the truck was revealed at Tesla’s Hawthorne, California facility on Thursday. Apart from the glass area and the two screens on either side, it feels as good  as any big truck. The center-mounted seat, however, does feel weird. I noticed several elements from the Model 3, including a turn signal and gear lever, but it had a different steering wheel since it doesn’t require an airbag.

THE CENTER-MOUNTED SEAT DOES FEEL WEIRD

Whether Tesla can actually impact the freight truck market remains to be seen, but design is certainly part of that statement, as Tesla makes it clear that it wants to do things differently — staging a full-scale media event blitz to emphasize that point — it is perhaps the first reveal of an 18-wheeler to take the stage to the tune of trance music. Tesla is taking a page from its Model 3 playbook (a game plan that’s currently a roll of the dice), but it’s one that tends to generate tons of hype and whip the media and Musk fans into a frenzy. 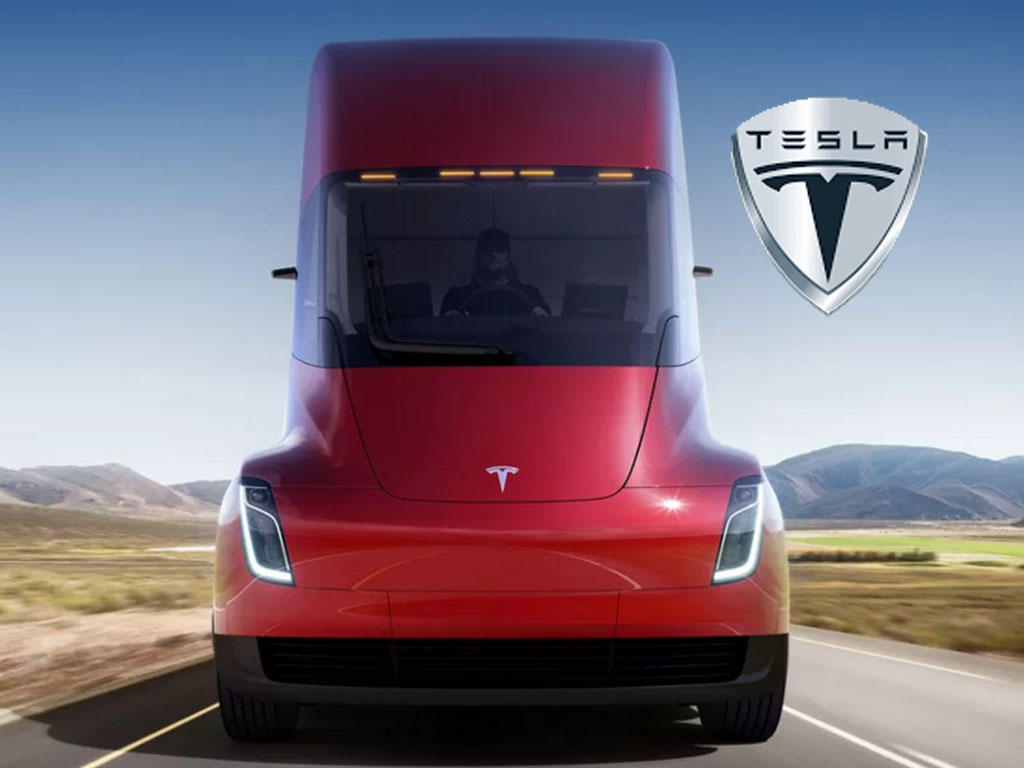