Concern over the December 2017 ELD mandate is fueling speculation of a nationwide capacity crunch. Last-minute installation or an inability to afford the proper technology could potentially park thousands of vehicles, resulting in fewer trucks, slowed deliveries, and a major supply chain disruption. 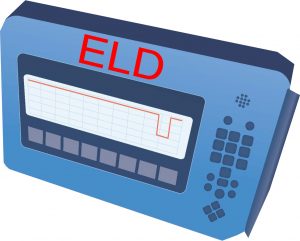 Many drivers oppose the ELD, arguing that the cost of installation isn't justified. A wide range of prices exist for different versions of the technology, running from $165 to $832 annually, the most widely used being $495 per truck. Meanwhile, the Federal Motor Carriers Safety Association (FMCSA) will save $1.6 billion annually due to a reduction in paperwork, and $395 million in lower crash spending.

However, many of these savings are not passed along to truckers. In fact, Petersen's letter shows that for drivers, the cost of compliance does not stop at installation, but will add wasted time due to unforeseen side effects.

The problem that ELDs create is not inherent in the technology itself, but what happens when it is coupled with out-of-date regulation. HOS regulations mandate that truckers have a 14 hour, uninterrupted window to complete their haul. If the trucker is out of time, but due to the growing shortage of parking must move their truck, the ELD will track the movement and potentially violate the HOS, resulting in fines and possible termination. With truck truck turnover already as high as it is, structural turnover due to imprecise regulations only makes matters worse.

For such reasons, and more, a rage rise of as much as 10-20% could occur once the mandate comes into place, spiking shipping prices in 2018.