Cargo theft is a multi-billion-dollar criminal industry and a growing threat to the economy and national security of the United States. I’m Mollie Halpern of the Bureau, and this is FBI, This Week. The FBI has seven cargo task forces across the country to combat the problem. Special Agent Conrad Straube, coordinator for the Memphis Cargo Task Force, says there are many victims of cargo theft. When you think about victims and who’s truly a victim of cargo theft, we like to think about the consumers. When things are stolen, eventually the effect of that is prices are going to go up on products. Whether shoes are stolen, pharmaceuticals are stolen, tires are stolen somebody has to end up paying for that. Cargo is stolen from tractor-trailers, rail cars, ships, planes, and even directly from warehouses. The goods are sometimes sold on the Internet. The new thing is now, taking products and actually trying to sell them online. Thieves think that if they try to avoid moving things within their hometown or wherever they stole it, that they’re not going to get caught. 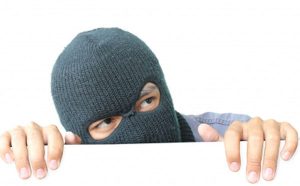 To find out how the FBI is working with the private sector to combat cargo theft, visit www.fbi.gov. The risk of cargo theft never goes away. Neither does our resolve to fight it. A few years ago, a team of thieves in southern California made off with $700,000 in merchandise from a national retailer. They also took the semi-trailer that was transporting the goods. The crooks made it all the way from Los Angeles to Bakersfield before police caught up with them. An emergency ping to the trailer’s GPS device located it, and authorities arrived as the thieves were unloading their haul of clothes and jewelry. Police arrested eight people and charged them with grand theft cargo. Trailer tracking technology is sophisticated enough to detect not only the location of the equipment but also when a trailer door is open. A tracking system has a “memory” and can trace the physical location of a trailer from point A to point B and all the waypoints in between. In the case of the stolen goods in Los Angeles, trailer tracking prevented that valuable inventory from vanishing. The technology has become an essential tool to combat cargo theft. Incidents like this aren’t uncommon, so shippers and carriers are forced to stay vigilant.

What Can You Do to Prevent Cargo Theft? To start, evaluate your risk of theft. Do your routes include high-risk roads and highways? Are your pick-up or drop-off points in high-risk cities? Those are red flags. Vet your employees. Provide training about cargo theft methods and keep vigilance high. Make sure bills of lading are secure. Use high security locks. Use trailer tracking on your own fleet as well as on rented/leased equipment. Be particularly careful in parking lots and rest stops. Map out routes with lower likelihood of theft when possible. Drive at least four hours before stopping. (Thieves are patient only up to a point.) Apply security tactics by risk, not only by value of the cargo. VERY IMPORTANT: if you find areas of vulne-rability, you can take corrective action as soon as possible.